Ruddy met with the male and female participants, before walking around the stadium and chatting to everyone along the way.

“It’s my third visit now to Head 4 Health and it’s always really enjoyable to see the guys”, he said. “It was all very positive, heading in the right direction and it’s just nice talking through stuff.

“We had a little walk around the pitch today which was lovely. They managed to go on as well which I think they appreciated.”

Head 4 Health is the Foundation’s flagship mental health project, aiming to improve physical and mental wellbeing in all adults. It is funded by the Premier League and Professional Footballers Association with additional funding from the City of Wolverhampton Council.

Ruddy has supported the mental health programme throughout his time at Wolves. The gloveman lent his support in 2019 when the project was featured on Match of the Day, and appeared on virtual Head 4 Health sessions during lockdown.

After taking in the scenery pitch side the experienced stopper then took part in a question-and-answer session in the home dressing room, where he spoke openly about the pressures of being a professional footballer, and the anxiety and stress that can cause in work or family life.

“There’s a connection between mental health and every walk of life and I think today was an indication of that.

“I’ve always enjoyed doing work for the Foundation and giving something back, even if it’s literally just being there chatting to people. It’s a nice thing to be able to do.”

Each Head 4 Health cohort offers an eight-week programme consisting of informative workshops about mental health, as well as physical activity sessions such as badminton, golf and bowling.

After completing these, men and women can continue to attend Extra Time sessions and physical activity sessions including Walk & Talk.

John Nutting and Helen Derby have both continued to engage with Head 4 Health through these sustained sessions. 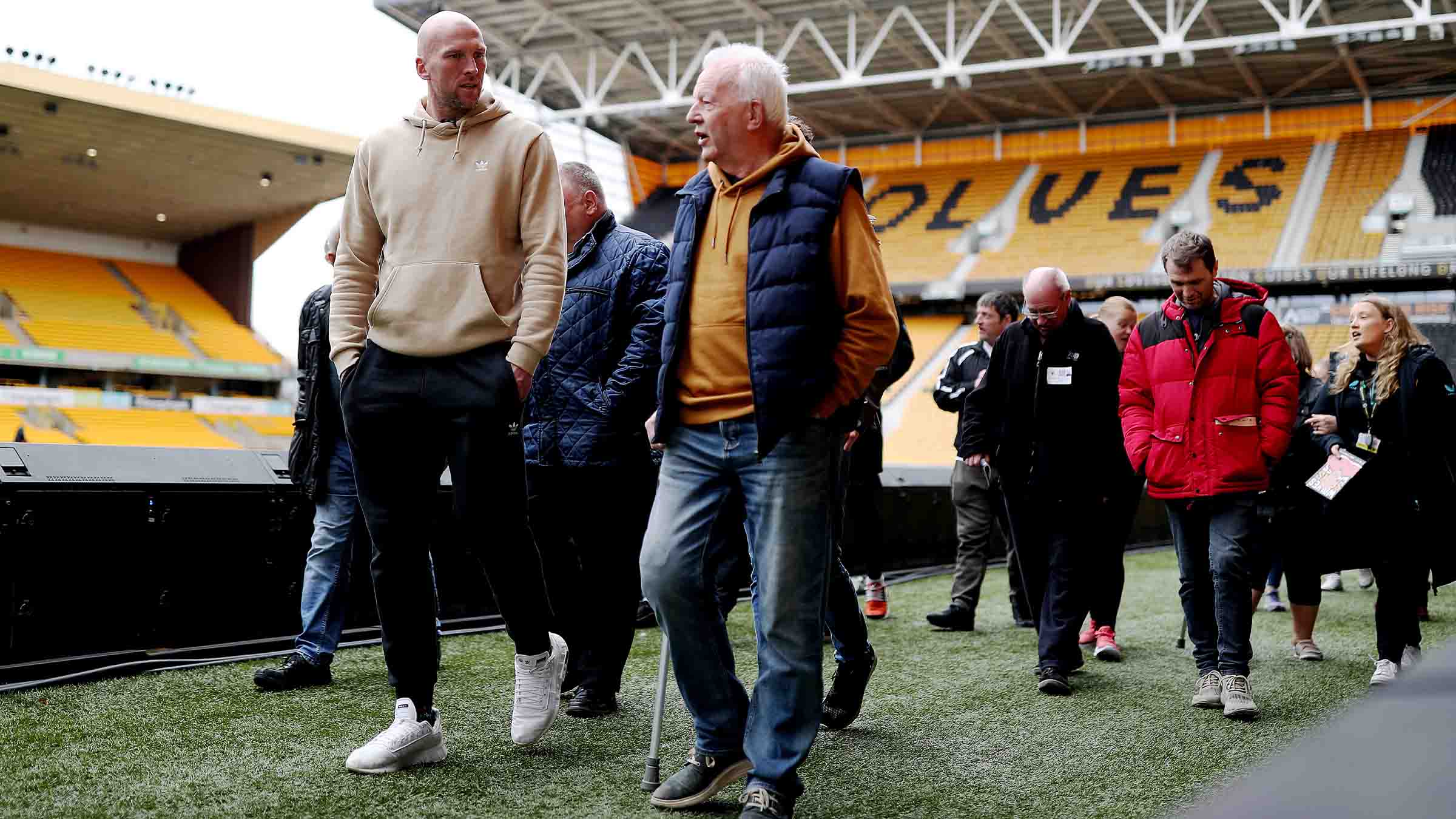 John said: “I managed to have a really nice chat with John (Ruddy) on the way round the pitch. He asked me how I got into Head 4 Health and I explained a little about that.

“I’ve been a Wolves fan for 65 years and it’s just been amazing to walk round Molineux today and be on the pitch as well.”

“I originally came and did Head 4 Health taster session in November. We’ve managed to unlock problems I’ve had for 47 years, and I feel so much lighter now because I’m getting rid of those issues bit by bit.

“I’d certainly recommend that people come and join Head 4 Health – the group has been amazing. We’ve got on so well with each other and everybody has been really open. It has been fantastic.”

Helen explained: “It has been really beneficial (coming to the sessions). I’ve learned a lot about physical and mental health and I’ve met loads of new people.

“Once a week it’s a time to talk to people about your mental health issues and give each other ideas and support to cope with it.

“We did a course with ziplining, archery and rock-climbing last Saturday with Head 4 Health. It was both the men and the women too, so I met new friends on the men’s side and hopefully we’ll all keep in touch.”

Rachel Smith, health and wellbeing manager at Wolves Foundation added: “John Ruddy has always been a big supporter of Head 4 Health since the project started in 2019, and we’re really grateful to him for coming along.

“His insight is so valuable for our participants. They can see that we all have struggles and mental health can affect anyone – even professional footballers.

“Walk & Talk sessions are a great example of Health 4 Health’s sustained sessions that individuals can continue to access after their eight-week cohort ends.

“They allow people to stay in touch with the Foundation in an informal setting and keep caring for their mental health long after the initial course finishes.”

8 Best Mattress Toppers For Back Pain Of 2022

Tue Apr 12 , 2022
Christine Giordano Back pain can be a serious downer—it makes almost all everyday tasks harder, like walking, climbing stairs, and even sleeping. That includes how well you snooze without waking up in the middle of the night and how quickly you can nod off. Not surprisingly, chronic low back pain […]