While it can be tempting to try fad diets and rapid weight-loss methods, these can often be unsustainable and even dangerous. Dr Michael Mosley has shared insights on foods that can boost your metabolism

The keto diet is high-fat and very low-carb (

As the creator of the Fast 800 and 5:2 diets, as well as championing the Mediterranian diet, Dr Michael Mosley is known for his weight-loss tips and techniques.

The doctor often appears on ITV’s This Morning and his own controversial new Channel 4 show ‘Michael Mosley: Who Made Britain Fat?’.

While many weight-loss crash diets are criticised, both in nature and for the inability to keep the weight off, Dr Mosley believes his revamped Fast 800 diet is effective in the long term.

Here’s everything you need to know about the revamped Fast 800 diet and what foods the weight-loss expert recommends for boosting your metabolism.

What is Michael Mosley’s Fast 800 diet and how does it work?

Created by Dr Michael Mosley, the Fast 800 diet is a short-term diet that claims to boost rapid weight loss. The Fast 800 website states that it is “used as a kick-start to improve metabolic health until a healthy weight is achieved, or for up to 12 weeks”.

It’s crucial to check with your GP before undertaking any significant dietary changes.

The diet entails eating 800 calories a day in the form of foods that are consumed within a low-carb Mediterranean diet in order to feel full. They should be protein-rich, as well as being high in fibre and healthy fats.

It combines both intermittent fasting and calorie restrictions, along with the high, fat, low-carb Keto diet.

Discussing the diet, Dr Mosley says: “Well, it’s a rapid weight loss diet which is not the same thing.

“A crash diet is something slightly crazy, unplanned, not based on science, like the cabbage soup diet.

“Whereas this is rapid weight loss diet based on a great deal of science and a number of studies carried out…have shown that rapid weight loss – if done properly – can be much more effective and sustainable than slow and steady.”

What is the keto diet and is the diet safe and healthy?

If you’re wondering what the Keto diet is, Dr Mosley explained that it has been around for “more than” 100 years and involves less than 50g of carbohydrates daily.

Getting into the nitty-gritty of the science behind it, he adds: “It’s relatively high fat, and when you’re doing that your body switches from burning sugar to burning fat.

“It does that by converting your fat stores into something called ketone bodies, which your body and brain then use as fuel.

“It’s become very popular as a way of losing and keeping off weight, and that is largely because when you go into a state of ketosis, that suppresses a hunger hormone called ghrelin so you stop feeling hungry and stop having cravings.”

However, Dr Mosley warns that people are hesitant to do the keto diet long-term, saying: “The disadvantage is that you’re on a very high-fat diet, which lots of people don’t want to do and it isn’t healthy in the long term.”

Instead, he recommends his Fast 800 method due to the shorter period of time you will be consuming a high-fat diet for.

He says: “What I’m proposing is rather a shorter-term solution, which is combined with intermittent fasting and it’s a relatively low calorie as well as a low carb diet.

“And that means you can eat a reasonable amount of healthy protein and fats – I describe it as a Mediterranean style diet.”

What foods does Dr Michael Mosley recommend for rapid weight-loss and a metabolism boost?

As part of his Fast 800 technique, Dr Michael Mosley recommends that adults consume at least 60g of protein daily, with this being upped if you’re looking to lose weight.

He claims that those who incorporate less than this amount of protein in their diets could be harming their metabolic rate.

Dr Mosley says: “Your body will cannibalise your muscles and your metabolic rate will go down.”

The British Heart Foundation states: “Most adults need around 0.75g of protein per kilo of body weight per day (for the average woman, this is 45g, or 55g for men). That’s about two portions of meat, fish, nuts or tofu per day.”

If you plan on attempting the Fast 800 it is essential that you check with a health professional first, and you should also be cautious when reintroducing calories to your diet.

Dr Mosley says: “If you do a safe and effective rapid weight loss diet, two to three years down the road you’ll keep most of that weight off.”

Doctor suggests five health tips for those living with endometriosis

Fri Mar 25 , 2022
Around the world, many people suffer from endometriosis, a chronic disease affecting 1/10th of women. According to Dr Aruna Muralidhar, senior consultant obstetrician and gynaecologist, Fortis Hospital, Richmond Road, Bangalore, it involves the spread of endometrial glands from the inner lining of the uterus to various parts of the pelvis […] 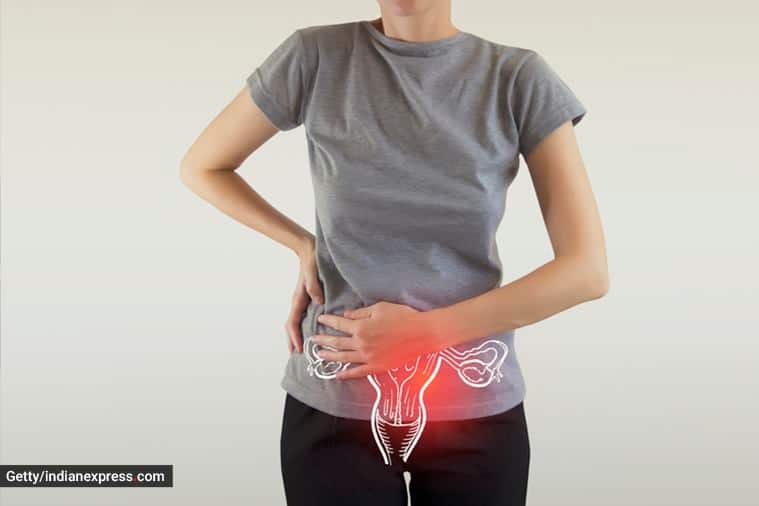