It is well-known that a “” is a substance without medical effects, usually used as a control in testing new drugs. The placebo may be another substance or something that should have no impact. Since participants do not know whether they got the substance researchers are testing or a placebo, the researchers can better trust the reliability of reported effects.

Recent research, however, has demonstrated that trial participants who have received a placebo may nonetheless genuinely experience the effect of the actual substance, even if they know that they received a placebo.

This is called the “placebo effect.” It is not yet fully understood why this happens, but the placebo effects can deliver real medical benefits, including to people with and chronic pain. However, there is also evidence of an association between placebos and unpleasant or adverse events (AEs).

A new study finds that 35.2% of trial participants who received inert saline solution placebos instead of a COVID-19 vaccine in trials reported at least one adverse reaction.

Some of these AEs were local, such as soreness at the injection site. Others, such as headaches and fatigue, were systemic and unexpected from a harmless saline injection.

The percentage of vaccine-receiving participants who also reported placebo-based symptoms demonstrated what is known as a nocebo response.

Dr. Erica Smith — who was not involved in the study — works for Cognivia, a company that helps researchers address placebo responses in clinical trials. She told Medical News Today:

“The findings of this study — that a significant proportion of adverse events reported in clinical trials for COVID-19 vaccines are unrelated to the treatment itself and are instead attributable to the nocebo effect — can and should be leveraged by the medical community with the hopes of increasing vaccine acceptance.”

The study appears in .

Among participants who received an actual COVID-19 vaccine, 76% of systemic AEs after the first vaccination were attributable to the nocebo response rather than the vaccine itself.

Dr. Julia Haas, an investigator in the placebo studies program at Beth Israel Deaconess Medical Center (BIDMC), led the study. Dr. Haas offered Medical News Today a detailed description of how her team arrived at the 76% figure and why they considered such AEs nocebos:

“We assume that all the effects that lead to unpleasant symptoms after placebo treatment are also evident when you get the real vaccine. We found that 35% of placebo recipients reported systemic [AEs], i.e., symptoms like headache or fatigue.”

“The high number of nocebo responses found in this study [is] not at all surprising,” said Dr. Smith. “It is well-known that expectation contributes significantly to both placebo and nocebo responses in clinical trials.”

Dr. Smith said that at Cognivia, “we have come to understand that expectation is itself multidimensional, as there are different types of expectation — including hope and need — that must be considered.”

For second doses of vaccines, reported AEs went up from 46% to 61%, while AEs for placebo recipients decreased from 35% to 32%.

The authors speculate that the increase for vaccine recipients may relate to their experiences with AEs after the first shot.

Dr. Haas suggested that negative expectations may come from “other people who said they had side effects, former experience with side effects of other vaccines or drugs, anxiety or unspecific worries, and the behavior of the clinician, e.g., [do they] show warmth, empathy, competence?”

“This,” said Dr. Haas, “means that you probably have headaches routinely, but if you have a headache the day after the vaccine or placebo shot, you think it was caused by the injection, although it may have occurred anyway.”

The authors of the study advocate using , which means that participants are aware they are taking a placebo. The study’s senior author, Prof. Ted J. Kaptchuk, tells BIDMC News:

“Medicine is based on trust. Our findings lead us to suggest that informing the public about the potential for nocebo responses could help reduce worries about COVID-19 vaccination, which might decrease vaccination hesitancy.”

Dr. Smith pointed out another reason:

“In clinical practice, open-label placebos have the potential to provide real therapeutic benefits to some patients — especially for conditions like chronic pain, Parkinson’s disease, and depression.”

For live updates on the latest developments regarding the novel coronavirus and COVID-19, click here.

Why Is My Boyfriend's Skin Better Than Mine?

Thu Jan 27 , 2022
Before I learned how to treat my skin correctly, I’d wake up and spend 20 minutes on my skin care while my then-boyfriend slept in. At night while he relaxed, I applied more products to my face ― some, like sheet masks, rendering me incapable of doing much but lying […] 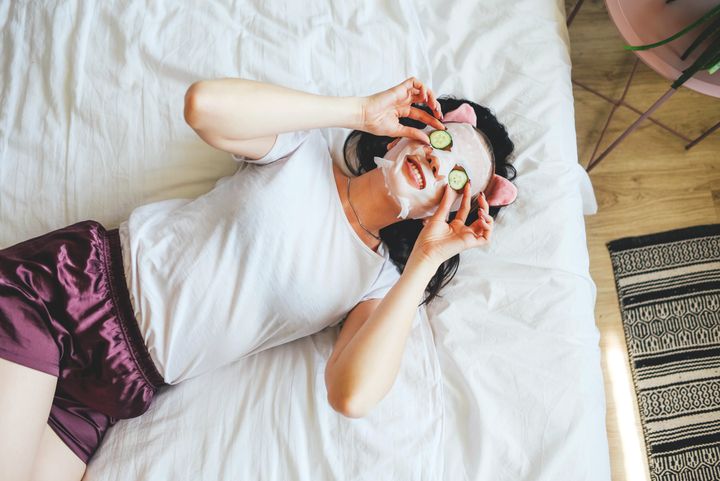