Corie Hess walked into the obstetrics unit, shaking. She was terrified. The COVID-19 pandemic was raging, she was entering the hospital alone, and the last time she had been pregnant, she’d had a miscarriage and almost died.

That experience had been traumatic, and even though she had spent years going to therapy and educating herself on mental health, the anxiety would not fade. Hands trembling, she called her husband on video to steady herself for her appointment.

Hess felt alone, but her story is far from unique.

Thousands of Hoosier women exhibit mental health conditions after pregnancy or childbirth. Experts estimate that more than half of women who give birth experience some shift in their emotions after delivery. Of those, 15% will develop long-lasting depression.

In Indiana, mental health conditions such as depression contributed “significantly” to the number of women who died in the year after childbirth, according to the state’s recent Maternal Mortality Review Committee Report. In 2010 alone, more than 20 recent moms died as a definite or probable result of their mental health.

Oftentimes, these conditions can combine with others such as substance use disorder and become deadly. But even when the results aren’t so dire, for some of the hundreds of women who undergo serious complications in childbirth annually in Indiana — Hess included — mental health conditions are a tormenting reminder of a near-death experience.

Hess’ journey to building the family she’d always dreamed of was filled alternating moments of hope, joy and tragedy.

More than four years ago, Hess experienced a series of miscarriages before she gave birth to her first son,  Alex, in 2017.

A year later, she found out she was pregnant again.

To celebrate, she and her husband drove from their home in Muncie to visit family in Massachusetts. On the way back, two months into her pregnancy, she noticed some bleeding. She rushed to the doctor, where she was given the heartbreaking news that this baby, too, had passed away.

“It was devastating,” she said.

Doctors gave Hess two options for handling her miscarriage: She could go into surgery, or take medication that would allow her to let the process happen at home. She chose the medication, because she’d already used it before and wanted to be in a comforting environment.

She prepared herself for the sadness and mental taxation of the experience. But when the time came, the medication didn’t work. She called her doctor, who prescribed her another dose.

A few days later, the bleeding started again — a lot of it.

“There was just a lot of blood,” she said. “I couldn’t stand up without it gushing out &mldr; so I yelled for my husband, and I was like, ‘We need to go, now.’”

To her, this signaled that she shouldn’t be too concerned, either. Hess told her husband to go home and put their one-year old son to bed.

By now, Hess had lost so much blood that she started going into shock.

Luckily, the obstetrician needed to treat Hess’ severe bleeding was on call and in the building. Emergency room doctors buzzed her down immediately.

“Thank God she was actually in the building, because if she hadn’t been, I don’t know what would have happened,” Hess said. “She’s the one that really kind of fought for me, took things over, got me the care that I needed.”

Hess was rushed into a trauma room, but she’d lost so much blood that her body was too unstable to go into surgery. Instead, she had to go through two rounds of blood transfusions first.

To make matters worse, her phone wasn’t charged, and her husband had already left. She was alone.

“It was all really scary, because nobody was there with me,” she said. “I was all by myself.”

Hess next remembers waking up, post-surgery, by herself in a room in a new wing of the hospital. She still couldn’t reach her husband, and to make matters more painful, she was mourning the loss of a baby. She remembers having to tell nurses over and over again that no, she wasn’t there for a delivery: she was there for complications from a miscarriage.

After a torturously long night in the hospital, she was discharged the next day.

“It took me a long time to just really process what had happened,” she said. “I didn’t think I wanted to have any more children. I didn’t think I could go through that again, if something like that happened &mldr; I don’t want to risk my life, and risk my son not having a mom.”

In the months after this experience, Hess found herself feeling hopeless. So she started going to therapy, to work on healing the anxiety and depression spurred by that day.

“It’s taken me years,” she said, “to even be able to get to a point where I can talk about this without breaking down.”

At one point, she started researching, and learned about Indiana’s high rates of maternal mortality and morbidity.

“I had no idea how big of a problem it was,” she said, “and how many women were dying in childbirth and nearly dying, like my experience.”

She wanted to become involved, so joined Facebook groups that connected her with other women who had undergone traumatic experiences caused by pregnancy and childbirth. She found out about maternal health advocacy groups such as 2020 Mom and Mom Congress, and joined up to help where she could.

In 2019, she went to Washington D.C. with Mom Congress to share her story with legislators: That, she said, was a healing experience.

“When I think about people not feeling heard by medical providers and being ignored, and how that turns into death in some cases or near-death experiences, it just makes me so mad,” she said. “Every time I hear a new story, I’m committing myself to helping to decrease maternal mortality rates in our country.”

But she wasn’t done. That research Hess did while recovering from her traumatic near-death experience? It changed her career, too.

Hess — who has a doctorate and master’s degree in psychology — was already studying mental health issues, but her own story showed her what she most wanted to use her knowledge for. She realized that she had a unique position — a psychologist who underwent a near-death experience.

She had experience working specifically with kids and families, and in the last few years has also become a specialist in maternal mental health. In Muncie she also started a local coalition of healthcare providers to improve access to mental healthcare in the community. In the last few years, that coalition has resulted in more providers trained in maternal mental health and helped to build a referral network, so people know where to go if they need help.

“Just thinking back on my whole experience, it’s really shaped my career,” she said. “There’s a lot of good that’s come out of it, but it’s taken me a long time to get to this place where I can see all of that.”

Indiana’s recent efforts to understand the issues facing women giving birth brings to focus the prevalence of mental health conditions, as well. Mary Abernathy, chair of the state’s Maternal Mortality Review Committee, points out that resources for mental health care vary widely across Indiana, and many people aren’t able to easily access the care. This can hamper efforts to expand awareness of the issue.

“Mental health tends to be a little bit of a desert itself,” she said. “We have to have the resources. We have to have people understand how important it is.”

Somewhere in the middle of all of this work, Hess realized she was ready to have a baby again. She got pregnant right away.

She was overjoyed — and then she was anxious. She found out she was pregnant in February 2020, just about a month before much of the U.S. shut down due to the COVID-19 pandemic. Hess was in the middle of a pre-doctoral internship at a residential treatment facility for youth, which didn’t offer telehealth.

“I was a mess,” she said. “I had to decide, “do I stay here and risk getting COVID while I’m pregnant, or do I take some time off?’”

Hess took the time off. It was a hard decision, but given her previous experiences, she wasn’t willing to put any risk to herself or her baby.

The next few months of pregnancy were stressful. There were a few times, she said, where she feared she was losing her baby and had to go into the hospital, alone. That’s what brought her to the hospital that one terrifying day.

“It was just awful. I remember shaking while walking in, and I had my husband on FaceTime,” she said. “Going to these appointments was really, really hard.”

But throughout it all, Hess was able to stay safe, and delivered her son, Evan, in August. He was born six weeks early, and ended up needing to spend about 12 days in the neonatal intensive care unit. That was also scary, she said, and strange. Family couldn’t visit, and the first few months of her son’s life were isolating.

Hess’ experience delivering during the COVID-19 pandemic made her worried for other women giving birth during 2020 and 2021. She fears now, more than ever, there’s a need for expanded maternal mental health care.

Are you concerned about the higher risk of pregnancy in Indiana? Share this story.

Recently, Hess has also been pushing for federal recognition of the issue.

With the organizations she is a part of, Hess advocates for Congress to pass the Moms Matter Act, which directs officials to create a program awarding grants for organizations to address mental health and substance use disorder for pregnant and postpartum women, particularly those in marginalized communities. The act currently sits in the House of Representatives’ health subcommittee.

In the last few years, Hess has learned she wants to use her career and free time to be a voice for women like her, who have struggled to be heard in healthcare and have suffered from depression and anxiety as a result.

“Having gone through everything that I went through, I feel like this is a way for me to make meaning of the experience,” she said. “It has to. I have to use it to create some type of change or for some good.” 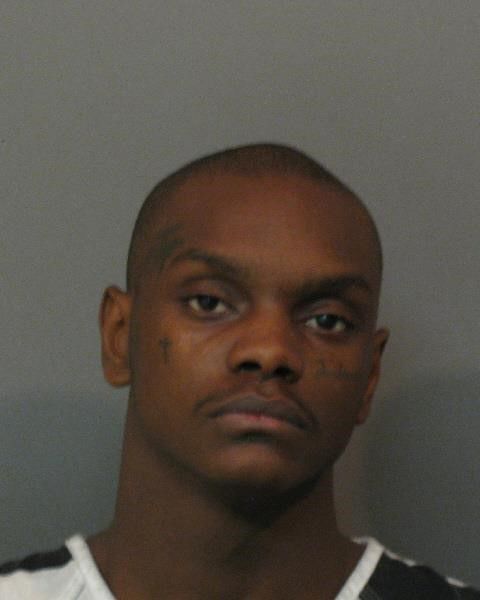