The reduction of life expectancy across the globe during the first year of the novel coronavirus disease (COVID-19) pandemic was alarming, reversing progress made in past years, according to a new study.

Observed life expectancy in 2020 reduced in 29 of the 37 countries surveyed compared to the expected figures, the report published in the British Medical Journal November 2021 showed. It decreased by 1.1-2.3 years for men and 1.1-2.1 years for women.

“Life expectancy, a widely used metric of mortality, is an indication of how long on average people can expect to survive if the age specific mortality rates of that year remain constant for the remainder of their life,” the study explained.

Russia recorded the largest drop in life expectancy — for men it fell by 2.33 years and for women by 2.14 years. This was followed by the United States, where the figure for men reduced by 2.27 years and by 1.61 for women. 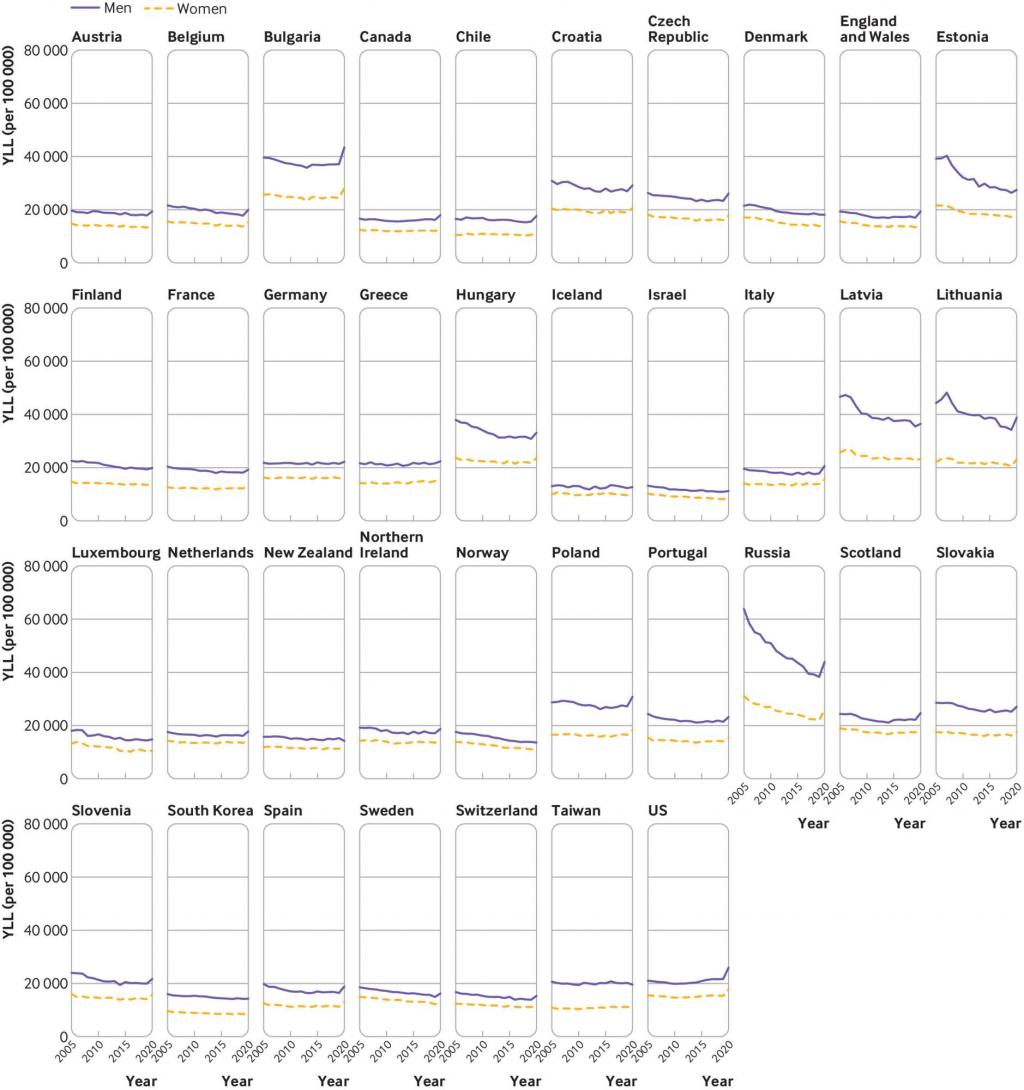 Prior to the COVID-19 pandemic, all 37 countries recorded an increase in life expectancy between 2005 and 2019. Only in 2015 was there an anomaly, where life expectancy dropped during the influenza outbreak.

However, it must be noted that the 2015-2016 influenza outbreak was not only less damaging than the COVID-19 pandemic, but also the mildest of the three such outbreaks in the past. The only countries that did not have an excess in YLL were Chile, Estonia, Luxembourg, Latvia, Finland, New Zealand, Russia and Taiwan.

We are a voice to you; you have been a support to us. Together we build journalism that is independent, credible and fearless. You can further help us by making a donation. This will mean a lot for our ability to bring you news, perspectives and analysis from the ground so that we can make change together.