Menopausal and perimenopausal women in the UK face a significant health issue, as HRT shortages lead to black market alternatives and increased risks of suicide

Oestrogel shortages lead to women depending on black market sources

For many people, HRT is the lifeline that enables them to function in their day-to-day life. One million women in the UK rely on it.

Conservative MP Caroline Nokes, speaking in the Commons on 21 April, said that pharmacies in her constituency had run out of HRT. According to women, they are now buying HRT from the black market, swapping treatments with others, and rationing what they have left.

Responding to her questions about supply, Commons leader Mark Spencer said: “I can say the Department of Health and Social Care is aware of the supply issues that are affecting a limited number of HRT products. However, most HRT products, including alternatives to those experiencing supply issues, are available.”

Labour MP Carolyn Harris, speaking to ITV News, said: “It’s not good enough. Women are really, really getting a raw deal with this government and we have to get better at treating women and women’s health.”

Women also face disbelief when asking to be prescribed with HRT

While HRT is immensely helpful for those who can access it, women often face obstacles to initial access. Sometimes, their accounts of menopause are dismissed or not believed by local doctors.

Speaking anonymously to Menopause Mandate, an activism group for UK perimenopause and menopause, one women said: “It took a fight and change of GP practices to get my HRT despite the fact I was 50.

“He kept saying I was too young for the menopause. Since then I have had to fight on and on because my HRT doesn’t work any more. I was told i would be referred to a gynaecologist 18 months ago but this never happened. I am now too tired and down trodden to keep on fighting with the GP for a referral and just accept my lot as it is…now anxiety ridden, osteopenic and ill due to the menopause and lack of fully working HRT.”

Another anonymous individual, describing her attempt to access HRT from sceptical healthcare staff, said: “Attempted suicide was the answer to my constant 10 year battle with my GP.”

Mental health issues are one of the most debilitating symptoms of menopause.

According to a survey by The Latte Lounge, 87% of menopausal women experienced tiredness, a lack of energy, brain fog or difficulty concentrating. As a result, 42% of 500 women surveyed said they considered leaving their workplace.

Discussions of menopause remain taboo, with male-dominated workplaces making it difficult for some to discuss psychological and physical issues related to ageing.

Katie Taylor, CEO of Latte Lounge, said: “I know first hand how awkward it can be to talk about your menopause symptoms whilst at work – it’s one of the main reasons why I left my own job.”

Manufacturers are expected to solve the supply issue by June, 2022. Prices of prescriptions are also expected to decrease in April 2023, with women expected to save £205 annually.

Speaking to The Mail on Sunday, Health Secretary Sajid Javid said: “I will be urgently convening a meeting with suppliers to look at ways we can work together to improve supply in the short and long term.

“It’s also clear to me that we need to apply some of the lessons from the vaccine taskforce to this challenge, so we will soon be recruiting for an HRT supply chairperson.”

However, activists say these changes come too late. Ms Harris describes women in her Swansea East constituency as “literally suicidal” because they cannot get the HRT they need.

Penrose Physical Therapy Talks Back Pain: Why You Need To Drink More Water To Help Relieve It

Mon Apr 25 , 2022
Submitted by Dr. Jennifer Penrose for Penrose & Associates Physical Therapy Quick question: how much water have you drank today? For most people, the answer is not enough. From everything we drink and swim in, to the ice that reduces swelling, water is all around us (and even in us). […] 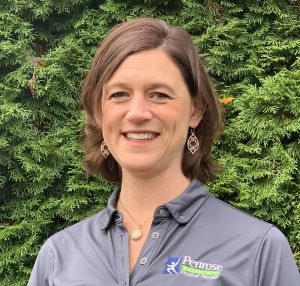