Saskatchewan doctors say virtual health care has been a useful COVID-19-driven innovation, now the provincial government is asking patients what they think about it.

“I think it has a bright future and I think, you know, combined with education, I think it will help us to provide even better care and access for our patients,” said Dr. Eben Strydom, president of the Saskatchewan Medical Association (SMA) and a family physician in Melfort.

There were more than 1.7 million virtual appointments from March to December in 2020 in Saskatchewan. The province is surveying patients and health-system partners to hear about how effective those virtual visits were in developing a long-term provincial strategy around virtual care.

While Strydom was optimistic about the virtual care program, he says challenges remain.

In some cases, he says, virtual care has led to poorer outcomes than in-person visits. There’s also the issue of billing and access for those without the proper technology.

Despite that, he called it a “life saver” early in the pandemic.

“Saskatchewan patients have now had millions of virtual medical appointments to directly connect with their health-care providers during the pandemic,” Health Minister Paul Merriman said in a news release.

Merriman said that some doctors prefer in-person appointments and those need to be balanced with virtual visits.

“We want to hear what both patients and health care workers have to say about their experience. And if you haven’t used virtual care, we’d like to hear about that too,” he said.

What some patients are saying

“I honestly think it’s probably the best thing to come out of the pandemic,” said Marie Trafford, a registered massage therapist and certified lymphedema therapist from Yorkton, Sask.

Trafford, who moved  to Yorkton from Calgary just before the pandemic began, says it was difficult finding a doctor. Her Calgary physician lined her up with a doctor in Regina and she decided it was worth the two-hour commute.

However, it also would mean she would have to close her massage clinic for the day, where she’s the sole operator, just for a doctor’s appointment. Virtual appointments have saved her money, she says.

“I think in many cases it’s invaluable, especially, I think, out here in Yorkton or in rural Saskatchewan, areas where there’s not always a lot of doctors and the doctors that are here are really not taking clients,” she said.

So far, she’s had several appointments, even a video call about pain in her foot where she said she awkwardly surveyed her foot with her iPad camera—and it worked. Trafford says she’s had to make trips into the office but only for issues that require a “hands-on” approach.

Amy Van Vlack says she didn’t have to leave her home when she got Shingles.

The Regina woman was able to send in pictures, be diagnosed and then receive medicine for it without leaving home.

By using alternatives sucha as apps or a mail-in pharmacy, people can simplify their health care, she said.

“If you need to get actual diagnostics done then, yes, that has to happen in person … but we can definitely reduce the amount of appointments in office,” Van Vlack said.

She doesn’t drive, and has a family of three dogs, three cats and a son at home, which makes in-person doctors appointments inconvenient.

Virtual care during the pandemic

Virtual health care in the province started with a pilot program as part of the last ratified agreement between the Ministry of Health and Saskatchewan Medical Association in August 2020.

It allowed 3,000 virtual care services per doctor each year

Researchers in British Columbia and Nova Scotia C. found that online medical visits or telephoned appointments had a host of benefits including reduced costs, saved travel and time spent in the waiting room and was good for the environment.

A survey co-conducted by the Canadian Medical Association (CMA) and released in August 2021 suggested 94 per cent of Canadian physicians will continue to use virtual care, and 64 per cent of them said they would maintain or increase their use.

Dr. Katharine Smart, president of the CMA, said the uptake of online health care has been “astonishing.”

While both doctors and patients seem to be in favour of including online care into the health-care system, Smart said the future of virtual appointments need to have “health equity in mind.”

“We know not all Canadians necessarily have access to things like broadband internet or a smart phone or even a phone at all,” she said. “We need to make sure we’re not leaving people behind.”

She says doctor-patient relationships need to continue even with virtual care.

Smart said billing codes were one of the issues with virtual care that was overcome because of its emergence during the COVID-19 pandemic. The codes didn’t previously cover all of the necessary online services.

In Saskatchewan, a pilot program was ratified in August 2020 to establish billing codes for virtual care. It allowed doctors up to 3,000 virtual care services per year.

That limit was later waived to allow for any uptick in services.

As it stands now, virtual care service is billed at 70 per cent of the in-person rates for family physician visits, according to the CMA.

It expires at the end of March and the Ministry of Health says it it is discussing the program’s continuation with the SMA.

People can tell the province how their experience was with virtual health care here or call 306-787-6750 for an alternate method of participation. The public consultation is open until the end of April.

'I'm 31 and have breast cancer, here's how exercise is helping'

Wed Mar 23 , 2022
Romilly Smith, 31, from Birmingham, was diagnosed with triple positive, grade 2 breast cancer when she was 30, in November 2021. She’s since undergone four rounds of chemotherapy and, alongside the support of her family and friends, exercise is helping her cope. Here, she tells her story. Life before my […] 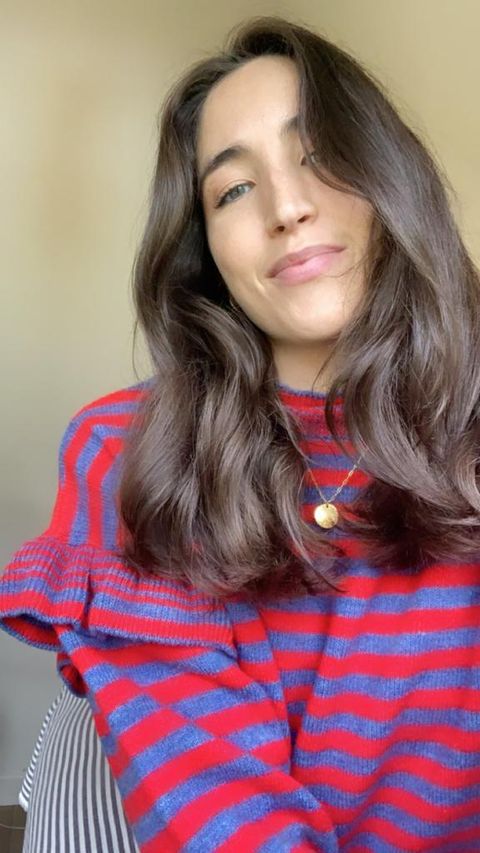