Best known for the 41 years she played Erica Kane on the soap opera “All My Children,” actress Susan Lucci has always exuded beauty and health well beyond the end of her soap opera days.

So, it came as a shock when she found herself undergoing heart surgery in 2018 at 71 years old.

“I was actually shopping for a girlfriend’s birthday present in a boutique, not far from where I live… [and began] having some discomforting feelings… it felt like an elephant pressing on my chest,” Lucci told Healthline.

The same sensation struck her a few weeks earlier, “and I thought like most women do, ‘oh it’ll go away,’ and in fact it did go away, but on the day that I had symptoms [in the boutique], I could no longer ignore it,” she said.

The store manager (who had a nursing degree) quickly noticed Lucci’s distress and offered to take her to the hospital, which was only a mile away. There, doctors determined that Lucci had two blocked arteries. One with 90 percent blockage and the other 75 percent blockage.

That night, she underwent emergency surgery to restore full blood flow to both arteries. The next day, Lucci was sent home. On her way out of the hospital, one of the nurses told her something that put the whole situation into perspective.

“[She] said to me, ‘you know, it’s a really good thing that you listened to your symptoms and you came in…otherwise, you probably wouldn’t have woken up. You probably would have had the widow maker,’ which is the fatal heart attack,” said Lucci.

Lucci’s clogged arteries were caused by calcium deposits, which is a genetic condition. Because of this, her adherence to a Mediterranean diet and a regular exercise regime could not have prevented her buildup.

“Although most risk factors are called ‘modifiable’ conditions like hypertension, which when treated, will lead to lower risk of heart attack, some risk factors like your family history are not modifiable,” said Rosen.

Lucci’s dad had a heart attack caused by calcium deposits at 49 years old, and went on to live into his 80s.

“I just lost my mother in June, and she was 104, and everyone in my family always thought I had my mother’s genes because I hadn’t had any health issues, and it turned out I got my dad’s genes,” said Lucci.

Since undergoing her surgery, she learned that there is a screening option for her condition called a coronary calcium scan. Rosen said when used in the ideal patient, the scan can identify someone at higher risk of future heart events. “This test in often used in addition to other risk factor assessment tools,” said Rosen.

Knowing that many people wouldn’t think of Lucci as a heart patient motivates her to share her story.

“[I] say this to women out there because so many of us are working out and taking care of our total well-being — doing yourself a great service by doing that because you are keeping your major organs healthy. [But] as much as you can, be aware of your family history so…that you are informed, and share that information with your doctor,” said Lucci.

“There were so many takeaways that I was gaining from this experience and I thought I just can’t keep this for myself. I want to pass on my good luck as best I can… I can pass on the takeaways,” she said.

In addition to knowing your family history and genetics, she hopes her story encourages women to listen to their body and symptoms.

In fact, she said when she was in the boutique, she recalled an interview she watched from years earlier, in which a woman shared how symptoms of heart attack are different for women and men. This memory made her realize something was wrong.

“I don’t even know why I remembered that. I had no reason to remember that interview, but it suddenly came back to me that it felt like an elephant pressing on my chest,” said Lucci.

Being part of Go Red for Women allows her the opportunity to stand next to qualified professionals who can help educate women.

For instance, Rosen stressed that women should know there are specific sex and gender-risk amplifiers that are more common in women or are more potent risk factors.

Additionally, Dr. Garima Sharma, cardiologist and medical volunteer for American Heart Association Go Red for Women movement, emphasized that women “need to speak with their doctors about the increased risk.”

Heart disease is the No. 1 killer of women, however, about 80 percent of the time, it is preventable, the AHA.

“Women need to understand that heart disease is still the most important driver of death in them. They often do not prioritize their health and there is data that shows — from the AHA — that the awareness of heart disease trends have decreased in the last decade, especially in underrepresented women,” said Sharma.

Lucci wants women to know that they deserve to prioritize their heart health.

“As women, we always take care of our children, our husbands, our homes, our loved ones, but we are not on our own to-do list, so I really feel it is important to give yourself permission to take care of yourself, to put yourself at the top of the to-do list,” she said.

And if you’re not feeling quite right, she said, take action with no guilt attached.

“If your body is not behaving the way you know it should, listen to your body and act on that… you would not be disturbing [the doctor]. He’d be all too happy to send you home healthy or do whatever needs to be done to save your life,” Lucci said.

Fri Feb 11 , 2022
News With some children experiencing ‘generation-defining disruption’, researchers suggest the pandemic should be a catalyst for reform. Focusing on prevention and early intervention for children’s health is a key recommendation for post-pandemic health policies. While the direct health impacts of COVID-19 have so far been relatively minimal for children, a […] 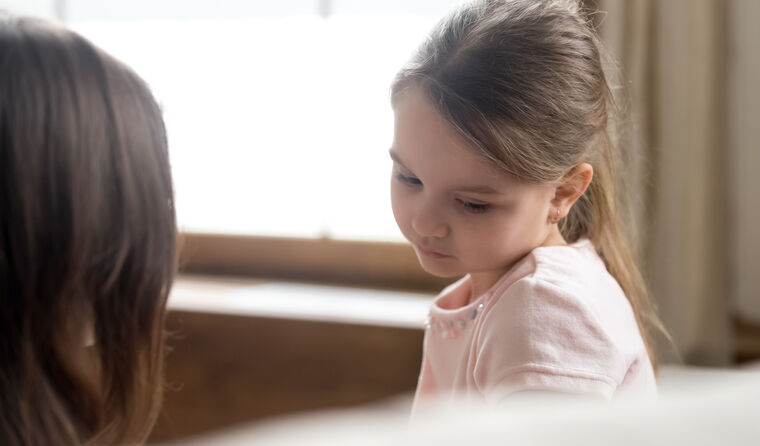