Some opportunities are simply too good to pass up.

Dr. David Edwards – a practicing physical therapist at Edwards Absolute Kinetics since 2018 – experienced one of those just a couple of weeks ago.

Edwards recently returned from a week-long trip to the United States Olympic Training Center in Colorado Springs where he worked with the sports medicine volunteer program.

Edwards, who graduated from Martins Ferry in 2003 and then attended Wheeling Jesuit University for both his bachelor’s and doctoral degrees, had known since late in 2019 that he was going to have the opportunity to take part in the program.

However, the COVID-19 pandemic reared its ugly head, causing many questions as to whether or not the opportunity would ever come to fruition.

“I honestly wasn’t sure if I’d ever get the chance to do it, but then COVID kind of settled down,” Edwards said. “I got an email saying the program was going to resume and I was being invited out to do it.”

From there, it was a no-brainer for Edwards. Obviously, he had to leave his own practice for a week, but it was a decision that, in the long run, could prove extremely beneficial to Ohio Valley residents and athletes.

“We primarily do sports medicine and I am board certified in sports and orthopedics, so to get the opportunity to work with the best athletes in the world was an opportunity I couldn’t pass up,” Edwards said.

During his time at the U.S. Olympic Center, Edwards was involved with athletes in the sports of boxing, swimming, men’s gymnastics and wrestling. On his first day, he reported to the training center at 8 a.m. and basically went to work immediately.

“I started seeing athletes for rehab sessions and covering their practices,” Edwards noted. “One of my biggest takeaways outside of the training was just how awesome the athletes were. They were all very grateful and great to work with.”

Much of what Edwards picked up on to be able to bring back to the Ohio Valley to help incorporate occurred during his team when he was able to collaborate with some of the full-time medical staff of Team USA.

“It was really nice to be able to be around them,” Edwards said. “I picked up things from the manual therapy standpoint, different recovery strategies and other things. Much of what they do is very similar to what I do.”

The biggest difference, according to Edwards, is simply the amount of time the athletes spend in the training room or with the medical people. He used the example that he may see a local athlete once a week or once every couple of weeks.

However, athletes in that facility have basically 24-hour access to medical staff and are receiving physical therapy four or five times a week.

“That time (spent together) is obviously a big thing,” Edwards said.

Many of the athletes Edwards worked with were dealing with similar problems that high school and college athletes face.

“A lot of it is muscular and skeletal issues that you normally see and even when working with high-end athletes, the treatments are the same,” Edwards pointed out. “The biggest difference is a lot of them come into the training room and they really solved their own problem for me, whereas a lot of the younger athletes you have to figure things out. Plus, these athletes have access to anything and everything you can imagine at the training facility and they’re monitored a lot more medically.”

Edwards, who plans to return to Colorado Springs this summer for another residency, admitted he would love to accompany one of the teams to an Olympic Games should the opportunity present itself.

“As you get closer to the Olympics, I think a lot of it is based on things done up to that point and you have to apply again and put your name out there that you’re willing and able to go with a team,” Edwards said. “A lot of it depends on full-time staffers and how many volunteers they need. There are still a lot of details I don’t know, but I do know if it was an option, I would jump at the chance.”

It was confirmed this week that Brooke informed both Wheeling Park and John Marshall of its intention to play each school just once in boys basketball. It will be the first time since the schools have been open that they’ve not played a home-and-home on the hardwood.

This makes absolutely no sense to me on a couple of levels. First and foremost, why is it happening? Every team makes the postseason in basketball, so it’s not about the tournament.

Secondly, I am stunned that the Brooke administration allowed this to happen. Certain games shouldn’t be negotiable. For instance, Park vs. Brooke, Brooke vs. John Marshall and John Marshall vs. Park are three prime examples of this.

I know I watch and see sports differently than coaches, but some of the decisions being made with schedules in today’s world – across all prep sports on both sides of the river – are just mind boggling to me.

THE OVAC will have a new basketball commissioner, starting next season. Ron White informed the conference and the membership’s athletic directors that he was stepping down from the position after the all-star game next week. White has held the position since the 2016-17 school year.

BARNESVILLE will have a new girls basketball coach for the 2022-23 season. Jason Perkins elected not to re-apply for the position that he held for three seasons.

GOLF’S FIRST major of 2022 – the Masters – unfolds this week at Augusta National Golf Club. Not sure if the biggest question entering the week is as much who is going to win as it is will Tiger Woods return to action for the first time since breaking his leg in an automobile accident in February of 2021? Regardless, the Green Jacket will be presented next Sunday inside Butler Cabin. My pick is Jon Rahm.

THOUGH I picked maybe my worst bracket of all time for this NCAA Tournament, I am going to offer my picks for tonight’s Final Four games. I will take Duke and Kansas to meet on Monday and Coach K. goes into retirement with another national championship.

Staskey can be reached via email at [email protected]


Today’s breaking news and more in your inbox

Weight Loss Diet: These 5 Yummy Recipes Made With Buttermilk Can Help To Keep Your Weight In Check

Wed Apr 6 , 2022
When I began my weight loss journey, of course, it started with routine exercises and diet control. Every day, I would have the same kind of chilla, a bowl full of vegetables, green tea and whatnot. But soon, having those diet-friendly and weight loss recipes became boring for me. And […] 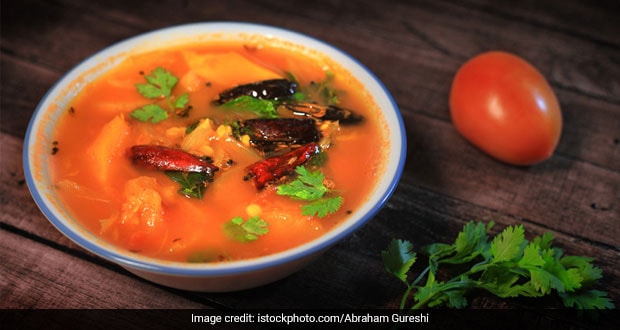