A pioneering care program in Dallas for transgender youth is cutting off hormone and other medical treatments for new patients, a move that goes against the standards of care for eligible adolescents set out by transgender health experts.

Genecis — which stands for Gender Education and Care, Interdisciplinary Support — was a highly-acclaimed 7-year-old program created by Children’s Health and UT Southwestern Medical Center to provide transgender and gender-diverse youth with health care, including mental health counseling and hormone therapy.

Last month, the hospitals said they would no longer be taking on new patients for hormone or puberty suppression therapy.

They also removed all online references to the program, saying the care previously provided through the program will now be managed and coordinated through different specialty departments at the two hospitals.

They have not responded to The Dallas Morning News’ questions about why new patients will not be provided the same level of care as those already enrolled in the program. 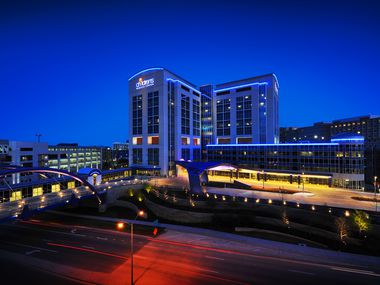 Health experts warn that withholding gender-affirming medical treatment from adolescents risks psychological distress and increased chances of abuse and stigmatization. The Dallas hospitals’ decision to cut off hormone therapy for new patients, according to one physician who specializes in adolescent care, raises serious questions about equity and continuity of care.

“It almost goes without saying that this seems inequitable and flatly wrong,” said Steve Rosenthal, medical director of the child and adolescent gender center for the University of California, San Francisco Benioff Children’s Hospitals. “Where are these patients going to go? And what’s the reason you’re not going to do it anymore?”

The Genecis clinic was the only program specifically for transgender children living in Texas and its surrounding states.

For transgender children, accessing gender-affirming care can be an arduous process. That care often requires both mental and physical health components, according to the World Professional Association for Transgender Health, or WPATH, the group that authors the standards of care for the health of gender-diverse people.

The News consulted medical best practices and spoke with experts about the widely accepted proper standards of care for transgender children. Here is what we found out.

Gender dysphoria is the feeling of discomfort or distress that can occur in people who identify as a gender that is different from the gender or sex assigned at birth, according to the Mayo Clinic.

The discomfort or distress can be physical and emotional, and can cause significant disruptions in daily life for those experiencing it.

“The core experience is the pain of suffering that comes from longing to be the gender we want to be, coupled with a sense of loss of self, not being able to just get up and live their life,” said Renee Baker, a professional counselor in Dallas who specializes in LGBT-specific care.

Texas, New York and Florida have the highest number of youth identifying as transgender, according to a 2017 survey by the Williams Institute at UCLA.

Transgender people may or may not experience gender dysphoria.

There are a number of different treatment approaches recommended by WPATH in the seventh edition of the “Standards of Care for the Health of Transsexual, Transgender and Gender-Nonconforming People.”

They include both mental health and medical interventions. Treatment options differ depending on a person’s age.

For children who have not reached puberty, mental health care is the primary form of treatment for gender dysphoria. Medical interventions like hormones should be explored only for youth who have experienced the onset of puberty and after undergoing mental health evaluation, experts said.

Health care providers are not required to follow the standards of care, although it is typically suggested that they do.

Baker said mental health care is often undertaken with other members of the family in a group setting.

“Most parents want the best for their children and don’t want to make mistakes that can affect the rest of their life,” she said. “I encourage families to breathe and recognize they don’t have a gender emergency. They can take time to explore what their options are.”

Mental health professionals can help children and their families explore who they are in safe spaces. They don’t tell children who they are or how they should identify, Baker said, but instead allow kids to figure that out on their own in a secure environment.

Some children might transition socially, which means they may begin expressing a new or different gender identity through clothing, haircuts or what name they go by.

Medical interventions, like puberty suppressants (discussed in more detail below), should only be offered once someone has at least experienced the beginning of puberty so that they can assess how they feel once their body starts to change, said Rosenthal, who is also a member of the WPATH board of directors and former president of the Pediatric Endocrine Society.

“How is the person experiencing their puberty as they see their body starting to change?” Rosenthal asked. “Are they OK with that? Or, does that really heighten the distress that is associated with gender dysphoria?”

He reiterated that medical interventions should also only be considered after a thorough evaluation by a qualified mental health professional.

Surgery is not recommended by WPATH until a patient has reached the legal age of maturity to give consent for medical procedures and has lived continuously for at least a year in the gender role consistent with their gender identity. In Texas, this consent starts at 18.

Puberty suppressants are drugs that cause a temporary pause in a person’s puberty by blocking sex hormones, like testosterone and estrogen. The treatment was originally created outside of the transgender health care setting, to treat kids going through puberty at a very young age.

These drugs offer adolescents with gender dysphoria the opportunity to further explore their gender identity with a mental health professional without the sometimes distressing effects associated with going through a puberty that doesn’t match how they identify.

Puberty suppressants are fully reversible, meaning that once someone stops taking them, their puberty will continue as normal.

If an adolescent’s gender identity does not change after being on puberty suppressants for some time, doctors can add in sex hormones to match. Some changes caused by these hormones may need reconstructive surgery to reverse, while other changes, like a deepening of a voice caused by testosterone, are not reversible.

Transgender and gender-diverse youth experience anxiety and depression at much higher rates than their peers. More than half of transgender youth reported considering suicide in the past year, according to a 2021 national survey by the Trevor Project, a suicide prevention organization for LGBTQ youth.

The same survey found that transgender youth who whose gender identity was affirmed reported lower rates of attempting suicide.

During the last state legislative session in Texas, lawmakers focused intense attention on transgender children. Republican lawmakers passed a new law banning trans students from playing on sports teams that match their gender identity, and filed other bills that would have blocked transgender youths’ ability to access health care.

Texas Gov. Greg Abbott, who is running for reelection next year, also asked Child Protective Services to determine whether providing gender-affirming care to a transgender minor was equivalent to child abuse.

In April, Arkansas became the first U.S. state to pass a ban that would prevent doctors from providing gender-affirming care to minors. That law was temporarily blocked in July by a federal judge who said “to pull this care midstream from these patients, or minors, would cause irreparable harm.”

Several other conservative states have since initiated similar legislation.

In more liberal states, lawmakers have protected transgender children’s access to care and banned practices that purport to help change a patient’s sexual orientation or gender identity. The latter, known as reparative or conversion therapy, is discouraged by the medical community including the American Psychological Association.

A conversation with Lilly Marcelin

Thu Dec 9 , 2021
Community activist Lilly Marcelin has dedicated her career to addressing racial and social inequities. In 2012, she founded and is now the Executive Director of the Boston-based organization, Resilient Sisterhood Project (RSP). The organization’s mission is to educate and empower women of African descent about common, but rarely discussed, diseases […]