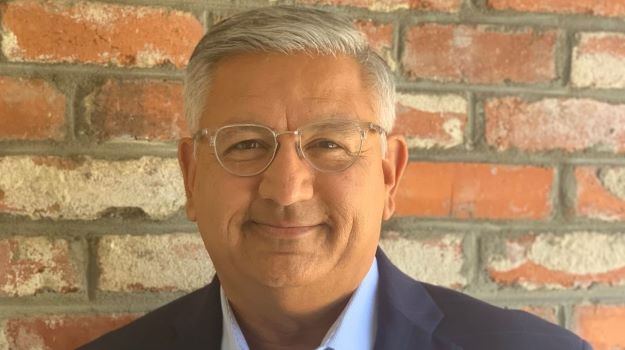 South San Francisco-based VistaGen Therapeutics is currently in the late stages of development with novel medications that treat depression and anxiety disorders.

“We firmly believe that mental health is foundational to living vibrant and healthy lives,” CEO Shawn Singh told BioSpace. “We are focused on radically improving mental health and well-being worldwide – one mind at a time.”

In the early days of his career, Singh was working at a big law firm when he suffered from a bout of necrotizing fasciitis, a rare and fatal flesh-eating bacterial infection. “If it wasn’t for my miraculous recovery associated with the whole health care system, I wouldn’t be here today,” he said.

Knowing that he didn’t see a long-term career in law, Singh made the choice to move into biotech. “To my mind, it is a unique industry where you have tremendous opportunities to live and work beyond yourself, and you have the ability to impact the lives of others. At the same time, you’re driving science and medicine with people around you who are incredibly talented and smart. That’s just a privilege.”

One of the company’s product candidates is PH94B, a nasal spray intended to treat anxiety disorders. In the United States, an estimated 12.1% of adults suffer from social anxiety disorder (SAD) at some point in their lives.

“SAD is the third most common mental health disorder. Even before the pandemic, there was a tremendously alarming prevalence of social anxiety disorder, which is a fear and anxiety of judgment, embarrassment and humiliation associated with what most of us consider common everyday social and performance situations,” Singh said.

He explained that the onset of the disorder is between ages 8 and 15, with a duration that lasts for decades. “It’s a chronic disorder, but our focus is on treating it acutely, on-demand. Anxiety-provoking challenges can sometimes be predictable but are often unpredictable. For example, one could be when you’re about ready to give a talk to your colleagues, or right before you go into a job interview.”

The compact and portable nasal spray means it can be used directly before an anxiety-provoking trigger or at the beginning of an episode. The neurosteroid works by using the nose as a direct passageway to the amygdala. Neural circuits in the amygdala are associated with anxiety and stress. “When activated, chemosensory neurons – located only in the nose – trigger neural circuitry to rapidly generate an anxiolytic or anti-anxiety effect,” Singh explained.

Ideally, the product is meant to help patients function without anxiety-induced impairments. “There are very high opportunity costs in social anxiety disorder. People don’t pursue relationships, they don’t pursue academic or professional aspirations and there tends to be a lot of self-isolation,” he continued.

A feature that sets PH94B apart from oral medications is that it is not detectable in the blood, which means that it doesn’t conflict with other medications. It also does not potentiate gamma aminobutyric acid (GABA), the neurotransmitter associated with sedative effects.

“If a breastfeeding mom doesn’t want to take an anxiety medicine that can get into the breast milk and be transmitted to the baby, she doesn’t have that option right now,” Singh stated. Postpartum anxiety can be pervasive, with one study stating that 18% of new moms reported symptoms. Because PH94B’s duration of effect is approximately an hour to an hour and a half, it wouldn’t cause these transmission issues.

VistaGen envisions this medication as a replacement for benzodiazepines. “We know there’s a benzo epidemic,” Singh said. In the fall of 2020, the FDA updated the required boxed warning for benzos to include information regarding their potential for abuse and addiction.

“There are a lot of potential downstream worries associated with benzos. There’s cognitive impairment, there’s sedation, there’s the risk of abuse, as well as liability for long-term use,” Singh explained. “We need to provide alternatives.”  He added that there are currently no U.S. Food and Drug Administration-approved acute treatments for SAD.

He cautioned that “talk therapy is critical. Medication should be designed to augment the benefits of talk therapy, especially with social anxiety disorder. We need medications that allow talk therapy to be fully impactful, and again, not cause people to be impaired when they are trying to function.”

The company hopes that this therapy will make life more manageable for those suffering from SAD.

“We think it has the potential to make those aspects of their life that are impossible, possible,” Singh said. “We are trying to allow people to do what they would really like to pursue, without the fear and anxiety from SAD getting in the way.”

VistaGen has two other drug candidates in its pipeline. AV-101 is an oral NMDR receptor antagonist that works in combination with Probenecid to treat neurological disorders. PH10 is another nasal spray intended for depression disorders. “The goal with it is to preempt the typical rinse and repeat process that’s associated with current antidepressants,” Singh explained.

“We should be able to tackle mental illness the same way we tackle other disorders, like cancer and heart disease. The pandemic has had such diverse impacts and has disrupted so many routines. When you have uncertainty and you have a disruption, that’s a recipe for anxiety disorders, which if not managed well early on, can persist and lead to depression, suicidality and post-traumatic stress disorder. The pandemic has raised awareness of mental illness, destigmatizing it in a very positive way.”

He added that access to remote mental health care via Telehealth is a significant improvement. “To be able to privately discuss mental health disorders online is a tremendous innovation.”

VistaGen plans to report clinical data from the Phase III studies of PH94B and PH10 by the end of the year. Singh said that “the road forward is very exciting. These drug candidates have the potential to fundamentally change the current standard of care that’s been in play for two to three decades. That has the potential to impact millions of lives, not just in the U.S., but everywhere.”