Ms Li ordered her medication on the Chinese online shopping platform Taobao and shipped it to Australia through a third-party delivery provider.

“I heard that Lianhua Qingwen capsules were useful in treating COVID,” Ms Li told the ABC.

“My symptoms were relatively mild, similar to a cold or flu.

“I used to take this medicine when I had a cold in China, so I bought it.”

The Therapeutic Goods Administration (TGA) has not given approval for the medicine to be legally supplied in Australia because it contains ephedra, a key ingredient used to make the drug methamphetamine — commonly known as meth.

Ms Li said she did not know Lianhua Qingwen was prohibited in Australia when she ordered it online.

“I didn’t know Lianhua Qingwen contains ephedra … I wasn’t sure if the medication was illegal or if that’s just a folk legend,” she said.

It appears Ms Li might not be the only one. The medication has been in high demand among the Chinese community as a COVID treatment during the Omicron outbreak.

It has even been found stocked in Asian supermarkets in Melbourne.

Lianhua Qingwen maker Shijiazhuang Yiling Pharmaceutical told the ABC the company had never exported, sold or supplied the medicine to Australia because it was not registered in the country and it did not have an import licence here.

Read our full coverage of the coronavirus pandemic

What is Lianhua Qingwen?

Lianhua Qingwen was developed during the SARS outbreak in 2003 and it has been widely used for treating the common cold in China with no prescription required.

The medicine is claimed to detoxify the lungs and clear heat.

Hui Yang, an associate professor of preventive medicine and general practice at Monash University, told the ABC traditional Chinese medicine had a long history and a solid public support base in China.

“Chinese medicine is not only medicine itself, but also an important part of Chinese culture,” he said.

Since the COVID-19 outbreak, Lianhua Qingwen has been approved by the National Medical Products Administration in China for “treatment of mild symptoms of fever, cough and fatigue caused by the coronavirus”.

The TGA said it was aware of the traditional use of ephedra in Chinese medicine to treat illnesses such as the common cold and asthma.

But in those instances, usage was “tightly supervised by a qualified traditional Chinese medicine practitioner (due to its toxicity)”, the TGA added.

“Ephedra is not approved as a COVID-19 medicine and should not be treated as such.”

That number dropped to just under 145,000 in 2021, which the ABF said could be related to the timing of COVID-19 outbreaks in Australia.

The ABF was not able to confirm how many capsules were Lianhua Qingwen.

Despite being prohibited, the ABC found that several Asian supermarkets in Melbourne had the medicine on their shelves.

Some had also created WeChat groups for pre-orders.

Unlike the medicine distributed in China, the capsules sold in the Asian supermarkets in Melbourne had packaging written in English and did not have ephedra listed among the ingredients.

Xiaoxiong Zhou, the vice-president of the branding centre at Shijiazhuang Yiling Pharmaceutical, told the ABC: “The exported Lianhua Qingwen uses different packaging according to the regulations of different countries/regions, but there is no difference in the ingredients.”

He added the medicine had obtained registration approvals or sales licences in 27 countries by January 2022, but not in Australia.

“The Lianhua Qingwen capsules being sold in Australia are not officially authorised by our company to export,” Mr Zhou said.

There has reportedly been a surge in demand for Lianhua Qingwen in the Australian Chinese community due to the Omicron outbreak.

It is difficult to put a number on how many Lianhua Qingwen capsules are in circulation in Australia, but the demand has caught the attention of China’s local media.

Residents in both Melbourne and Brisbane told Chinese state-owned media Global Times that they had been stockpiling the medicine.

WeChat discussions have also popped up with people sharing information on delivery companies and whether the product will be taxed.

“Basically, it will not be deducted. If you don’t buy 100 boxes of this, if you pack the medicine with some clothes, make it less noticeable to customs, 10 boxes will still be fine,” one WeChat user wrote.

David, a Melbourne resident who asked that his surname not be published, bought four packets of Lianhua Qingwen capsules from an Asian supermarket WeChat group after testing positive for COVID-19 in January.

But the shipment was delayed due to the large amount purchased through the group and he had recovered by the time his order arrived.

He had paid extra to order through the WeChat group, but said the pricing was justified.

“There will be a market if there is demand. I don’t think it is a rip-off. For those in need, it is a help,” he said.

That demand has pushed the cost of the medicine in Australia up to 10 times more than the original price in China, according to Sydney resident Sandy Wong.

The market price of Lianhua Qingwen capsules in China is 12.8 yuan ($2.80), but in Australia they are selling for about $29.

“As someone from China, I have no prejudice about this medicine. But don’t you think it’s disgusting that these sellers make such a huge profit using the guise of ‘Chinese helping Chinese?'” Ms Wong said.

Third-party delivery companies, such as the one used by Ms Li, have been promoting deals to send the medicine to Australia.

On Little Red Book, a Chinese social media platform, there are at least 11 express companies that claim to offer a service “direct between China and Australia, delivered duty paid and 7-day delivery”.

The ABF and TGA have both warned that importing, selling or supplying the illegal medication could result in 25 years in prison or a fine of more than $1 million.

“The TGA uses a range of enforcement actions to address illegal importation, supply and advertising of unapproved therapeutic goods, including seizing and destroying the goods, as well as warning letters and fines,” the spokesperson said.

The TGA also advised consumers to exercise extreme caution when considering purchasing medicines, including dietary supplements and herbal preparations, over the internet.

What you need to know about coronavirus:

Sun Feb 20 , 2022
This article is a paid promotion sponsored by an SOB advertiser and designed to share valuable info with our readers. Photo courtesy of Level Red Boxing If getting (and staying) in shape is at the top of that goal list, you’re not alone. Now is the perfect time to get […] 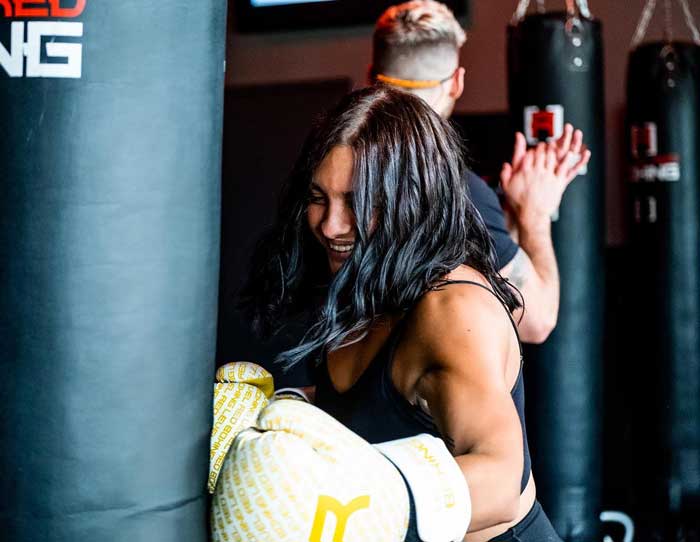