RIO GRANDE CITY — In a sudden turn of events, Starr County District Attorney Gocha Ramirez announced in a news release Sunday that his office is dismissing the indictment against Lizelle Herrera, who was arrested Thursday and charged with murder on accusations of a “self-induced abortion.”

“The issues surrounding this matter are clearly contentious, however based on Texas law and the facts presented, it is not a criminal matter,” Ramirez said in a statement.

Ramirez will ask a judge on Monday to dismiss the murder indictment against a woman who allegedly gave herself an abortion. Herrera was arrested Thursday in Rio Grande City after a Starr County grand jury indicted her on March 30 for murder for causing the death of a fetus or embryo through a self-induced abortion.

The Starr County sheriff’s office was only doing its job in making the arrest, said Ramirez, who represents Starr, Jim Hogg and Duval counties. 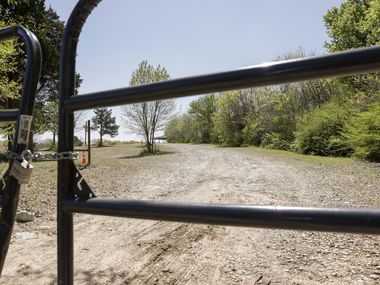 “It is clear that the Starr County Sheriff’s Department did their duty in investigating the incident brought to their attention by the reporting hospital. To ignore the incident would have been a dereliction of their duty,” he said. “Prosecutorial discretion rests with the District Attorney’s office, and in the State of Texas a prosecutor’s oath is to do justice. Following that oath, the only correct outcome to this matter is to immediately dismiss the indictment against Ms. Herrera.”

Added Ramirez: “… It is clear to me that the events leading up to this indictment have taken a toll on Ms. Herrera and her family. To ignore this fact would be shortsighted.”

BREAKING: The District Attorney who charged #LizelleHerrera with murder for a “self-induced abortion” is dropping the charges.

“The issues surrounding this matter are clearly contentious, however based on Texas law and the facts presented, it is not a criminal matter.” pic.twitter.com/0ICPy8QHJP

Ramirez’s announcement came after Maj. Carlos Delgado of the Starr County Sheriff’s Office said Saturday evening that Herrera, 26, was released from jail on a $500,000 bond.

Delgado said a local bondsman posted the bond for Herrera.

Herrera’s arrest has caused a tsunami of outrage from Starr County and throughout much of the country.

After the news broke Friday afternoon, members of Frontera Fund — an organization aiming to make abortions more accessible to citizens of the Rio Grande Valley — organized a protest Saturday at the Starr County Jail, where Herrera was held until her release later Saturday evening.

“We are just raising awareness about this issue and letting Starr County Jail know that we are demanding an immediate release of Lizelle Herrera,” said Cathy Torres, organizing manager for Frontera Fund. “She’s being criminalized because of her pregnancy outcomes, and that’s just not right.”

After learning of Herrera’s release, Frontera Fund said on Twitter and in a news release that she has legal counsel, and that the organization has also started a legal defense and reconciliation fund for her and her family. 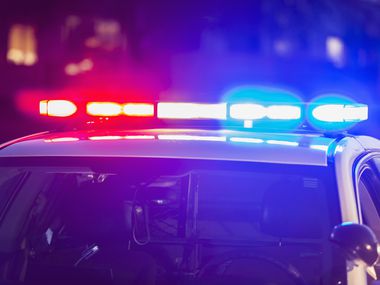 In a statement Saturday, Frontera Fund founder and board chair Rockie Gonzalez said the group wants public officials to know “we will not allow you to terrorize innocent families, we will bring the (spotlight) to you and your actions and all those who corroborate with you. We will cast the spotlight on you the way you have done to Lizelle and her family.”

Little information has been released about what led to Herrera’s arrest Thursday. According to an indictment obtained by The Monitor, Herrera is accused of “intentionally and knowingly causing [sic] the death of an individual J.A.H., by a self-induced abortion.”

When asked about her reaction to the news breaking about Herrera’s arrest, Torres said that it made her feel sick to her stomach.

“To be charged with something so huge and large — something like murder — for making a decision for herself, that is just completely wrong,” Torres said. “That’s just another example of how the state Legislature, the city government and anti-choice people just want to strip us of our bodily autonomy. They want to control the decisions that we want to make with our bodies, and that’s just not right.”

Melissa Arjona, president and founder of South Texans for Reproductive Justice, was also on hand Saturday to show support for Herrera.

“It’s concerning that someone from the Valley is being made an example, especially after all the laws that have been passed,” Arjona said. “We’re going to be seeing more focus on this law.”

Arjona was referring to Senate Bill 8, which was passed in the Texas Legislature on May 19, 2021, and went into effect on Sept. 1, 2021. The law allows private citizens to sue anyone who has had or assisted an abortion after around six weeks of pregnancy.

The details surrounding Herrera’s arrest remain sparse. It is not known what led to her arrest; however the indictment does refer to the date of Jan. 7 as when the “self-inflicted abortion” allegedly took place.

Meghan Lowrey, a doctoral candidate from Dallas also attended Saturday’s protest. She has been living in the Valley to research intersexuality and how legislation such as SB 8 and anti-immigration legislation affect reproductive health.

“I heard about this last night, and it was shocking,” Lowrey said. “We don’t have all the information yet, which is part of the problem, which I think is really impactful because people are really scared. Nobody really knows what they can and cannot do because if it’s based off the six weeks rule and she did this at seven weeks, legally she shouldn’t be allowed to be arrested.”

“I think all of that is important for me to come down and show my support,” Lowrey said. “Throughout the state, most women feel the same way, that this is a dangerous precedent that’s being set.”

Dallas lawyer Domingo Garcia, a former city councilman and state representative who is now president of the League of United Latin American Citizens, also expressed concerns about arrest, before and after the district attorney’s announcement.

“This situation should not be turned into a sensationalized headline for political gain. Families should decide women’s health and pregnancy issues with guidance by clergy, not by the criminal courts,” Garcia said in a statement on Saturday.

On Sunday, he said in a new statement that “LULAC applauds the decision by the Starr County District Attorney for recognizing and respecting the legal principles concerning this young Latina.”

However, Garcia added, “this public shaming and criminal persecution of a Latina under the guise of the law, highlights the very desperate situation some women are facing in Texas if they cannot access legal abortion services because they are unable to afford the travel costs. The injustice is that for women who can pay, their procedure remains private and out of the public eye. For those women who are poor, their difficult decision is turned into a public and even criminal spectacle.”

Lizelle Herrera currently sits in a Texas jail on a $500k bond, charged w/murder for allegedly self-inducing an abortion. She was reported after seeking medical care.

This is the future extreme anti-abortion activists want — we cannot let it stand. (1/2)https://t.co/L6ICOToe6g

Elected officials from Texas and nationwide who oppose SB 8 have lashed out over the arrest.

California State Assembly member Buffy Wicks tweeted about the impact of SB 8 on the abortion debate as the U.S. Supreme Court weighs its ruling in a case challenging Roe vs. Wade, the case from Dallas County that effectively legalized abortion rights nationwide.

“This is the future extreme anti-abortion activists want — we cannot let it stand,” Wicks wrote.

Texas state Rep. Erin Zwiener, D-Driftwood, said the public needs to know more about the specifics of Herrera’s arrest, “but I can’t imagine a scenario that doesn’t include illegal and unethical behavior from every person involved in her arrest.”

We need more info about this injustice, but I can’t imagine a scenario that doesn’t include illegal and unethical behavior from every person involved in her arrest.

There is *no* law in Texas that criminalizes the person self-inducing an abortion.https://t.co/SmsfwwpzrZ

Republicans and others who backed passage of SB 8 have repeatedly defended the law, saying it has saved lives of the unborn. Supporters of the new restrictions that began Sept. 1 also note that the legislation has withstood legal challenges and that other states are passing similar bills.

“We are thankful that the law remains in effect and saving lives every day,” Sen. Bryan Hughes, the Mineola Republican who authored the law, said after one recent ruling that helped uphold SB 8. 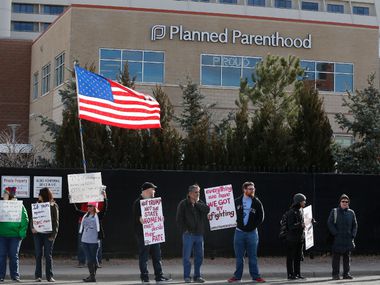 Idaho became the first state to enact an abortion law modeled after SB 8 as the governor signed the bill last month, a day after the Oklahoma state House passed a near total ban that would outlaw abortion except to save the life of the mother.

Assistant political editor John Gravois contributed to this report, which contains material from The Monitor in McAllen and The Associated Press.