As the U.S. Supreme Court heard a Mississippi case Wednesday that could topple abortion rights nationwide, the state’s only abortion clinic was busier than ever: Volunteers escorted patients into the bright pink building while protesters outside beseeched women not to end their pregnancies.

The Jackson Women’s Health Organization saw patients two or three days a week in recent years, but has doubled its hours to treat women from Texas, where a law took effect in early September banning most abortions at about six weeks, and from Louisiana, where clinics are filling with Texas patients.

The case argued before the nation’s high court is about a 2018 Mississippi law that would ban most abortions after 15 weeks of pregnancy. The state’s Republican attorney general has asked the court — remade with three conservative justices nominated by former President Donald Trump — to use the case to overturn Roe v. Wade, the court’s 1973 ruling that declared a nationwide right to abortion.

The Supreme Court has never allowed states to ban abortion before viability, the point at roughly 24 weeks when a fetus can survive outside the womb.

Hundreds of demonstrators gathered outside the court early Wednesday, their opposing positions marked by signs that included “Her Body Her Choice” and “God Hates the Shedding of Innocent Blood.”

At the Jackson Women’s Health Organization, men took turns on a loudspeaker telling women at the clinic to repent of their sins and keep their pregnancies. Some protesters carried graphic posters depicting aborted fetuses.

As patients arrived, some protesters tried to stop them to talk. Clinic escorts wearing rainbow-striped vests directed patients’ cars into a parking lot and walked with the women from their vehicles into the building. Music blared from inside the clinic fence to try to drown the protesters out.

Gabriel Olivier paced outside the fence, using a microphone to amplify his voice as women went in.

“What crime has your child committed to deserve to have its arms and its legs pulled off of its body and its head crushed in the womb?” Olivier said.

“A place that God intended to be the safest place to be, in the mother’s womb, has now become the most dangerous place because we live in a culture of death, because we live in a time where we are selfish and we think that our own needs should supersede the life of a child.”

Cory Drake, who escorted women from their vehicles into the clinic, said he was tired of women being “second-class citizens, not being able to have access to medical facilities as everyone else should, and of being harassed when they should have the ability to see a doctor.”

The clinic’s director, Shannon Brewer, said Tuesday from Washington that she hopes the Supreme Court upholds precedent. “But my hopes are not that high,” she added.

Brewer said she has never been more concerned about abortion rights in the U.S. than she is now.

She has good reason: The Guttmacher Institute, a research organization that supports abortion rights, says that if Roe v. Wade were overturned or fundamentally weakened, 21 states have laws or constitutional amendments “that would make them certain to attempt to ban abortion as quickly as possible.”

Mississippi is one of the states with an abortion ban that was set before Roe and would take effect if that precedent is overturned. Republican Gov. Tate Reeves spoke Sunday at “Pray Together for Life,” an event hosted by the Family Research Council.

“Abortion is barbaric,” Reeves declared. “Abortion is evil. It’s probably the greatest evil of our day.”

Reeves noted that he presided over the Mississippi Senate in 2018 and helped push the bill with the 15-week abortion ban to the desk of then-Gov. Phil Bryant, a fellow Republican.

Like Bryant, Reeves often says he wants to make Mississippi the safest place in America for unborn children. Yet, Mississippi has the nation’s highest infant mortality rate and one of the highest rates of births to teenage mothers, according to the Centers for Disease Control and Prevention.

Valencia Robinson, executive director of Mississippi In Action, which supports abortion rights and works on other sexual health issues, said restricting access to abortion disproportionately hurts Black women who are more likely to live in poverty.

A Supreme Court decision is likely months away. As both abortion-rights and anti-abortion activists anxiously wait to see how justices will rule, the clinic will continue operating.

Given heightened security concerns amid the court hearing, however, Brewer said she would not allow The Associated Press or other news organizations inside this week. In the past, she has allowed the AP inside the building, which has a small waiting room with free condoms and a conference room where groups of women receive state-mandated counseling at least 24 hours before an abortion.

Women or girls in the first few weeks of pregnancy receive medication to induce abortion. Those further along receive surgical abortions in one of the clinic’s operating rooms. Out-of-state physicians work at the clinic because it’s been years since any Mississippi physician has been willing to perform abortions there.

The clinic — known by supporters as the Pink House — is in Jackson’s eclectic Fondren neighborhood, a short drive from the Mississippi Capitol, where legislators have been voting to restrict abortion access for decades. On many days, the clinic is enveloped by a cacophony of noise from bullhorn-wielding protesters outside its fence and clinic escorts who blare rock music inside the perimeter.

The Mississippi Health Department website has abortion statistics dating back to 1980. The largest number of abortions in a single year since then was 7,574 in 1991. The smallest was 4,272 in 2015. White people received the most abortions until about the mid-1990s, when they were surpassed by Black people.

About 59% of Mississippi residents are white, and about 38% are Black. During the past five years, about 75% of those receiving an abortion in Mississippi were Black and about 21% were white. Race was listed as “other” or “unknown” for the rest.

“The right to decide whether or when to have a child is essential for social, economic and racial equality, reproductive autonomy and the right to determine our own future,” Robinson said. “Mississippians know what’s best for them and their families.”

Help for your aching back

Sat Dec 4 , 2021
At-home strategies can ease many cases of back pain. Others may need a little more assistance from a doctor. Whether it’s sudden intense pain or a longstanding ache, back pain can be debilitating. The question is, what can you do to make it go away? Dr. Joerg Ermann, a rheumatologist […] 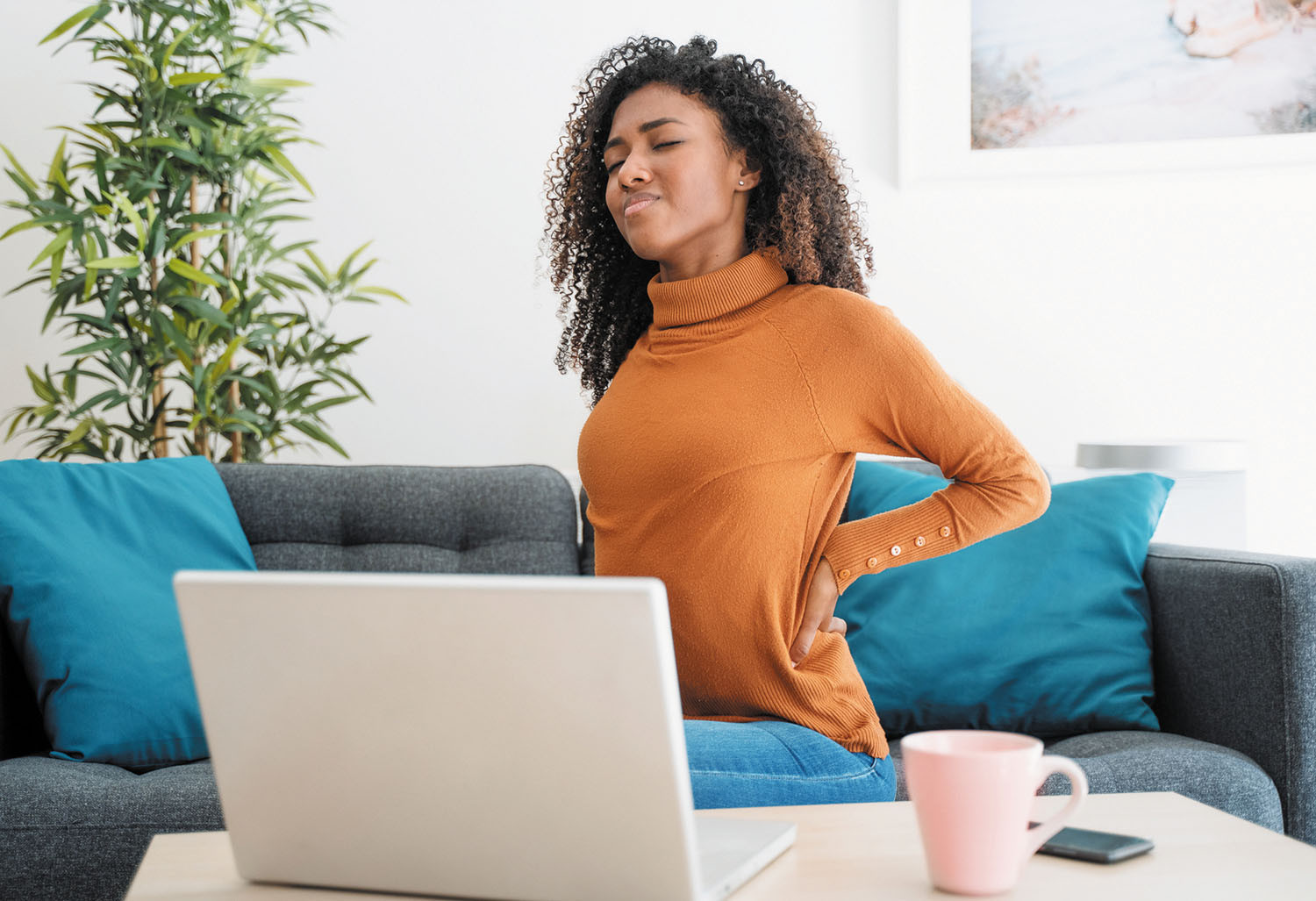