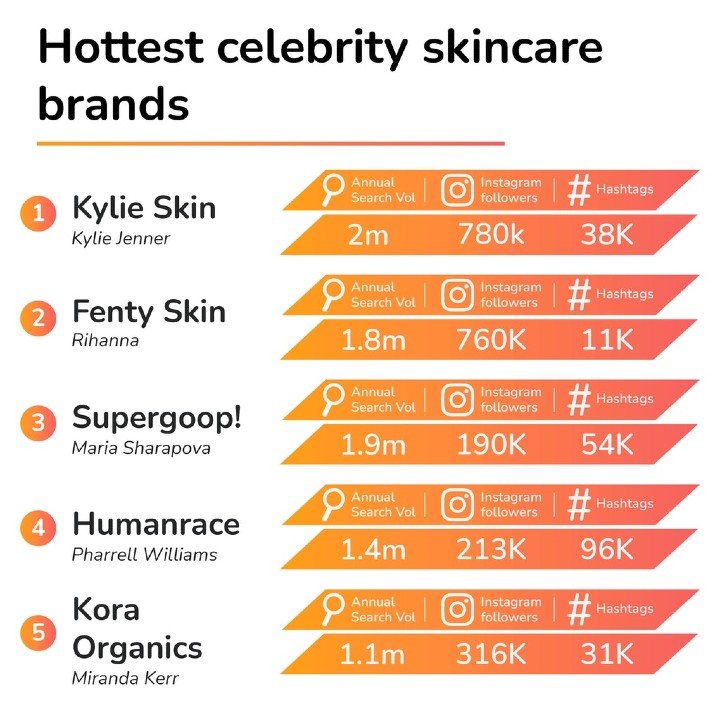 Kylie Jenner reigns supreme in the skin care category, with her Kylie Skin line, founded in 2014, being the name on everyone’s lips… and Google searches.

Robyn ‘Rihanna’ Fenty’s Fenty Skin grabbed the number two spot on the list, pushing above the competition thanks to its massive social media reach. Part of the LVMH juggernaut, the launch of Fenty in 2017 marked the first time in history a black woman has headed a luxury brand for the organization and reported revenues of $5 billion in 2021.

Supergoop! is the sunscreen brand founded by Holly Thaggard, which has set out to change the way people think about sunscreen and make SPF protection a daily healthy habit. Tennis ace Maria Sharapova joined the Supergoop! team in 2014 as a co-owner after being a fan of the product in her tennis career.